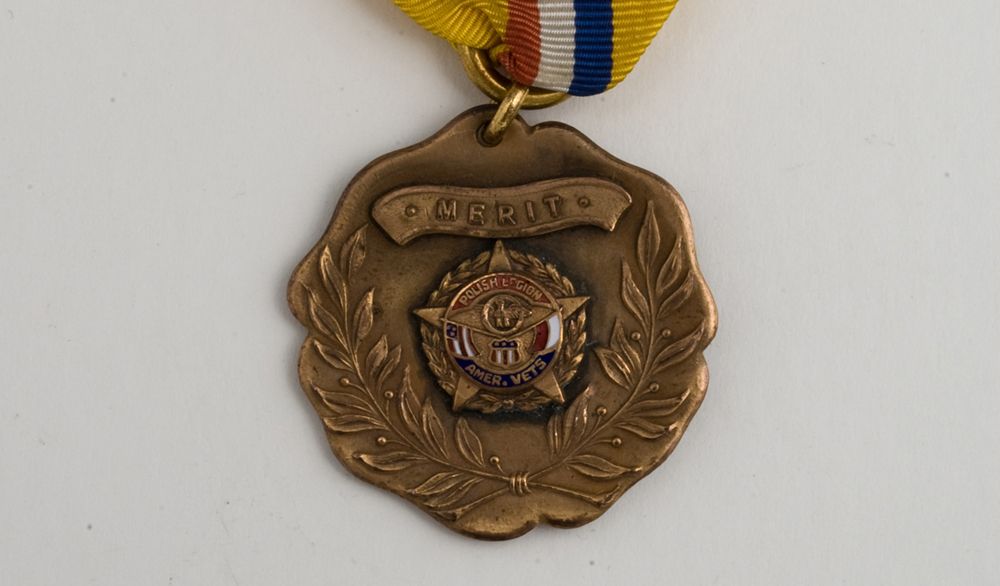 in the collection of the Polish Library in Paris

The numismatic collection of the Historical and Literary Society/Polish Library in Paris amounts to over one thousand items. The collection was compiled in most part after 1945 from donations of the Historical and Literary Society members as well as from several dozen medallions and medals that had been kept at the Adam Mickiewicz Museum and had survived the war. Old coins had been an integral part of the Polish Library collection since its inception, i.e. 1838.

The collection which totalled approximately 1,700 objects in 1939 was secured and transferred to Germany in October 1940, a few months after the Nazis entered Paris. It mainly contained donations from, among others, Count Adam Jerzy Czartoryski, Władysław Potocki, Julian Ursyn Niemcewicz, Ludwik Plater, Teodor Morawski, General Henryk Dębiński, General Karol Kniaziewicz, Henri Schmidt, Wiktor Zienkowicz, The Polish Ladies’ Charitable Society and, above all, from Senator Maciej Wodziński who had settled in Dresden following the suppression of the November Uprising. Wodziński’s remarkable collection boasted 1,108 coins and medals, including 50 gold ones and 672 silver ones. In line with Wodziński’s last will, in 1850 the entire set was transferred to the Polish Library in Paris. The collection was rather universal—in compliance with the eighteenth-century tradition, it combined coins, medals, plaquettes, perhaps also banknotes dating back to antiquity and up to the mid-nineteenth century.

The archives of Historical and Literary Society/Polish Library in Paris contain fragments of records of the coins and medals from the collection that has been lost. Among its donors were Adam Mickiewicz, Julian Fontana, Leon Urmowski and others. Donations to the numismatic collection had been accepted up until the outbreak of the Second World War, its most vital artefacts and the only ones to have survived the war being the collection of the Adam Mickiewicz Museum established by the poet’s son Władysław in 1903.

Thanks to the generosity and dedication of many compatriots, members of the Historical and Literary Society, collectors and artists who responded to the appeal of the then head of the Polish Library in Paris, Franciszek Pułaski, the collection—amassed anew after the war—boasts coins, medals (both Polish and foreign), medallions, banknotes, plaquettes, seals and rubber stamps. In his Appeal of the Historical Faculty to the Compatriots [Odezwa Wydziału Historycznego do współziomków, 1838], Julian Ursyn Niemcewicz wrote: “The Faculty archive, the library and all its collections, both those held in Paris and those sent in from the outside—today more secure on foreign land than in our homeland—become the national property…”. By taking good care of the collection and by continuously adding to it, the Historical and Literary Society/Polish Library in Paris continues this glorious tradition.

Project developed from funds of the Minister of Culture and National Heritage, stemming from government budget.